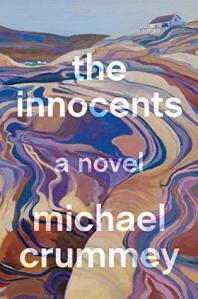 Acquired during my New Year splurge purchase, I had added this book to my list back in September when I read about its publication as part of reviewing the Giller Prize nominations list. When I at last cracked the cover a few days ago, I settled in for a nice journey. I was not disappointed.

I don’t know what it is about Crummey‘s writing – language, pacing, characters, settings – but there is transportation in time and place that happens to the reader. His books and stories are page turners, compelling you to stay in stories and places that may not even be that pleasant. He captures the strange English of Newfoundland perfectly, so that you hear the dialogue in all its unique lilting broken glory, even in the character’s thoughts. The ghostly isolation of the coastal inlets and islands on the edge of the world and in the past is both frightening and entrancing, like a legendary campfire ghost story.

This story of the orphaned Best children, somewhere on the Newfoundland coast, sometime in the early 19th century, has several layers. The historical, reflected in the way of life, the ships that visit and the tools available to them to live their lives. The personal, as the children grow up harshly and take on adult tasks and ways that belie their age. The natural, with domination of the landscape and the seasons over their lives, reminding them often of their vulnerability as well as their resilience. The reader is drawn into that place, their little house and the wide cove, immersed in the hard but peaceful life that they live, to the point where you nearly jump at the phrase, “Someone was knocking at their door.”

It’s hard to say that anything happens in the story, other than that the children grow up. But following their daily and seasonal lives for several years as they navigate the knife-edge existence on their own is compelling enough of a story to keep you there.

Just before this book, I read Crummey’s essay on the role and responsibility of authors of fiction when it comes to things that are true or real. He discusses the dangers of fiction being read as fact – of people “learning” about a person or a place through fiction. Many stories and novels (including most of his own) are set in “real” places, with “real” people, but how much room does an author have to play with the truth about a person or a place? How do authors tell their own stories while remaining true to the people and places that populate those stories. It was an interesting topic, and not one he clearly resolves, other than as a caution to readers that, if it says it’s a novel, that’s what it is.

There’s a strangely self-referential passage near the end of The Innocents (unplanned Don Henley reference) that brings these two books together. As they contemplate leaving the cove for the town, Evered thinks about an old saying: the death of a horse is the life of a crow. He wonders about the stories and fables that might be told about him and his sister, and how most of them would have just a kernel of truth at their centre but would have grown into entire stories and be taken as fact by most. And in thinking about the ledger of their account with the merchant, the book that listed their whole family and recorded their interactions with the world, he feels helpless, “As if his life was not his own somehow.” Crummey’s essay similarly considers the challenges of appropriating the “real”, and whether those people and places consent to being portrayed.

Another great story. I have one other Crummey in my pile this year, but seeing now how few categories these fit into, I may have to wait for a bit.