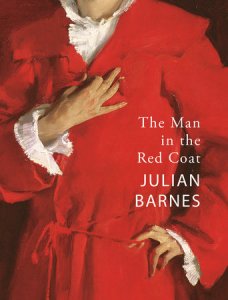 A great start to 2020! Being a total Barnes-ophile, when I saw that this book was coming out in England in November, but not in Canada until end of February, I could not wait. I ordered two copies of the lovely first edition (one for me and one for a friend, a kindred lover of Barnes). I held off starting it until I would have some quiet time to read it, didn’t crack the cover until mid-December, and just finished it last night.

Much to my surprise, the book is non-fiction (I read very little about it in advance of publication or since, not wanting to spoil it). It has the same loose structure as some of Barnes’ other non-fiction books, especially Nothing to be Frightened Of. The book explores the life – but more broadly, the times – of one Samuel Pozzi, a surgeon in Paris in the late 1800s and through the turn of the century (the last one). In doing so, Barnes also explores the lives of two other minor celebrities of the time, and through these touches on many of the more notable people from La Belle Époque – Sarah Bernhardt, Oscar Wilde, Marcel Proust, to name a few. With stories real (and some imagined or embellished, I’m sure) and a wonderful collection of portraits throughout (either colour plates of portraits or part of a delightful collection of Félix Potin cards), we are immersed in a period of flamboyance and decadence, alongside medical and technological advancement, that is both shocking (for that time) and almost quaint (compared to today).

The life of Pozzi forms the main thread of the book, inspired by Barnes’ interest in the John Singer Sargent painting of Pozzi, the eponymous man in the red coat. Barnes’ research is meticulous, including letters and diaries from the times (people were extremely prolific documenters of their lives back then), and combined with official and unofficial records, and a fair bit of interpretation and inference, he paints his own exquisite portrait of the man and the period.

I found it a bit hard to get started on the book, as the digressions from the main story of Pozzi can be long and convoluted, and trying to remember all the names and relationships can be daunting. As usual with Barnes, it is the sumptuous language that kept me going. I was quickly interested in Pozzi and what happened to him, along with the many luminaries he found himself with. His career as a surgeon and gynaecologist could make a story all on its own – the man was a visionary and a powerful champion for the better care and treatment of patients, especially women. This does not change the fact that he was a philanderer of the near-highest order, but he was by that measure a man of his times.

I enjoyed this book very much, not least because of its timing. The previous book I read was set in the same time period (and with a few of the same characters, albeit much more obliquely), and as part of this year’s book list we’ve been contemplating tackling Proust (a book one feels one should read). At the same time, I’ve been listening to an audiobook version of Oscar Wilde’s De Profundis, and doing some background reading about that; this latter item is inspired by a play I saw last year, The Importance of Being Oscar, a one-man play covering Wilde’s life with much of the material from his own writing. So I’m feeling a bit immersed in La Belle Epoque these days. I can’t say that I would have wanted to live through that period – I likely would not have been rich enough for any of the decadence to matter to me, and even if I were, I find much of it distasteful – but it is a fascinating period of enlightenment and advancement.

Barnes makes some political commentary throughout, including some relevant (to the story) items about gun control, but he is neither overt nor preachy about it. He saves his sharpest barbs for the afterword, stabbing clearly at Brexit and the English (not the British, he takes pains to note). The timing of his book is interesting in that modern context.

Aside: There is a very funny typo on page 169, where he describes Pozzi’s future plans for study and advancement in medicine. He refers to possible improvements in the conduct of “…appendectomies and proustatectomies…” For several pages, I assumed this was some kind of pun (since Google revealed no such obscure process for the extraction of Prousts), but one that made no sense to me given the context and the story thus far. When I found another different typo later on, I deduced that the previous one most likely arose from a time-strapped editor or typist doing a hasty find-and-replace for errors in the spelling of Proust, and accidentally introducing this very unusual surgical procedure.

I’m very happy to have started the year on such a wonderful book. Onward now to the Tsundoku challenge.