This year’s first cinematic list takes a look at letters in movies (or epistolary film, which I was somewhat surprised to learn is not only a genre, but has subgenres). As my lists must include films I’ve actually seen, my own experience of examples is somewhat limited. Here are the ones I know and love:

A Letter to Three Wives (1949, Joseph L. Mankiewicz). Starring Jeanne Crain, Linda Darnell, Ann Southern.  A tense female driven drama (a kind of hallmark for Mankiewicz), a letter from another woman announces to the three wives that one of their husbands is going to leave them for her – today. The wives are all together (awkward) and at a remote location (pre-cell phone, so they just had to wait till they got home for the reveal). The film is almost a reverse whodunit, showing each of the couples in flashback to allow the viewer to assess which is most likely to be the loser/guilty party. The letter is the key plot device, both starting the action and creating a change for the three wives, as they each have to reckon with the challenges in their relationships and the semi-public revelation of their respective husbands’ adultery.

Dial M for Murder (1954, Alfred Hitchcock). Starring Ray Milland, Grace Kelly. A favourite classic of mine, this adaptation of a stage play is masterfully done, taking place almost entirely in the living room of a London flat. Again, the key plot device is a single letter (again involving adultery), this time a precious keepsake that becomes a damning piece of evidence for murder. The quality of this film is marred only by the horrendous acting of the paramour character – it remains a mystery to me why the role was cast this way, as the relationship between Margo and Tony is nearly unbelievable given his portrayal as a milquetoast, condescending bore. Side note: the film was originally intended to be seen/shown in 3D, so some of the shots are strangely blocked to capitalize on that effect. 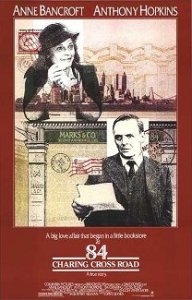 84 Charing Cross Road (1987, David Jones). Starring Anne Bancroft and Anthony Hopkins. Based on the 1970 book by Helene Hanff the film brings to life the correspondence and impact of the letters exchanged by Ms Hanff and Frank Doel, a London bookseller, who for nearly 20 years supplied Ms Hanff with the antique and rare books she wanted. Their exchanges could have been mostly transactional, but a shared love of books and the opportunity to learn about each others lives and experiences across time and space bring a richness to their letters and friendship beyond buyer and seller. They live through times of extraordinary change, and examine a time – before internet, email and social media – when the truth about lived experiences in different countries could only come from these personal exchanges.

Atonement (2007, Joe Wright). Starring Vanessa Redgrave, Kiera Knightley, and James McAvoy. Set primarily before and during WWII and based on the novel of the same name, the action of Atonement is set off by the inadvertent interception and delivery of a letter with some strong language and feelings. The unfortunate chain of events and lies leads from there to sad conclusions for most characters. That pivotal letter is a somewhat classic trope wherein the character sends a letter on its way only to realize too late the explosive nature of its contents and try to get it back.

Beaches (1988, Garry Marshall). Starring Bette Midler and Barbara Hershey. A middling syrupy story made enjoyable by good performances and a great soundtrack. Letter are the connection for CC and Hillary, and the breakdown and estrangement in their friendship happens when the correspondence becomes one-sided for a time. Notes and messages eventually bring them back together.

Bright Star (2009, Jane Campion). Starring Abbie Cornish and Ben Whishaw. This beautiful version of the relationship of Fanny Brawne and John Keats has a lovely soundtrack and incorporates the poems and poetic life of Keats into the pastoral settings of England. When separated, the lovers have to rely on letters, and indeed much of what is known about their relationship comes from the letters left behind. The film shows the delight and anguish that the letters bring to Fanny, both from their content and from the delays in delivery, and gives a glimpse of the romance and beauty that that form of communication made possible: anticipation and revelation.

Roxanne (1987, Fred Schepisi). Starring Steve Martin and Daryl Hannah. Martin’s witty and crisp screenplay, inspired by the movie version of Cyrano de Bergerac, is a bright and funny romance. CD woos Roxanne on behalf of Chris (or is it the other way around?) through a series of love letters. Although we don’t get to read or hear many of them, Roxanne’s responses tell us enough. CD’s speech beneath her window is a revelation of the magic of his words and the power of love. And that nose!

The Lunchbox (2013, Ritesh Batra). Starring Irrfan Khan and Nimrat Kaur. It’s a toss-up as to whether this is a food movie or a letter movie. Ultimately, it’s a kind of romance, but the daily letters with the scrumptious lunchtime meals unwind an unexpected story and connection that is uplifting and mouthwatering. The quasi-anonymity for the letter writers allows them to be open and honest in ways not possible in their day to day lives, and the standard lag time of mail builds the anticipation and desire for each of them. 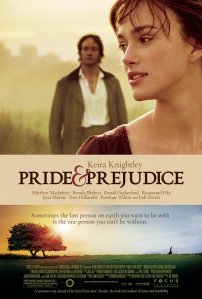 Sense and Sensibility (1995, Ang Lee). Starring Emma Thompson, Kate Winslet, Alan Rickman, and Hugh Grant. Also Pride and Prejudice (2005, Joe Wright). Starring Keira Knightley, Matthew Macfadyen, Brenda Blethan, Donald Sutherland and Tom Holland. Both of these are wonderful book adaptations (but S&S is my favourite of the two). As in the novels, parts of the story are driven or told through letters, which in their period were the main means of communication but also subject to social norms and codes that sometimes interfered with the romance. In S&S, we see Elinor longing for words from Edward, looking on jealously as first her mother and then her rival receive his missives instead of her. We see Marianne “set propriety at naught”, flouting convention and writing directly to a man to which she is not engaged (even if she imagines they are). Oh what joy and misery in those letters. Similarly, in P&P, the inability to write to an acquaintance imposes intolerable separation for Jane from Mr. Bingley, while the more direct and improper Elizabeth and Mr. Darcy unleash their various prejudices and prides in letters of such eloquence and haste that they are comparatively reticent when actually in each others company. Letters cause confusion and revelation throughout. Romance ensues. Cue wedding bells.

Casablanca (1942, Michael Curtiz) and White Christmas (1954, Michael Curtiz). The same kind of effect used twice, to punctuate a break up. In Casablanca, it’s the letter at the rainy train station. In White Christmas, it’s the letter from the local train station. In both, we’re permitted to read at the same time as the character, and to feel the anguish delivered in that loopy handwriting.

Miracle on 34th Street (1947, George Seaton). Wherein the integrity of the US Postal Service confers legal status on Santa Claus.

Mary Poppins (1964, Robert Stevenson). In their search for a new nanny, Jane and Michael Banks compose their own advertisement. After their father tears it up and puts it in the fireplace, the pieces of paper drift up, are reassembled and delivered to one Mary Poppins, who duly applies for the post. It’s the only letter in the film, but without it Ms Practically Perfect in Every Way would not have found them.