Being on vacation is a great way to catch up on reading: 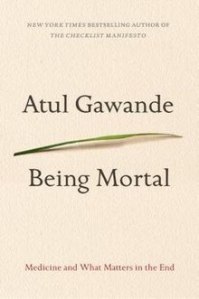 A very thoughtful gift from a dear friend, this book was full of meaning for me. As I crest middle-age and look forward, considerations of aging – from where and how to live, and to die – become increasingly relevant and real. The book covers tragedies as well as happy endings, and provides some hopeful opportunities for improvements, as well as key things to consider looking forward. I especially liked the five questions, a great guide to thinking about last instructions and future planning.

The book starts with examining how people live and want to live as they age and approach the end of their lives. Dealing with both unexpected changes and the slow decline of the physical and mental state requires planning, acceptance and systems to provide the life desired. As the end of life approaches (barring accident or other interference), giving thought to what one wants that to be can help make those inevitable and difficult decisions and conversations easier for everyone.

The author makes the concepts and principles real through stories of real people and places, and doesn’t shy away from the difficulties, or from his own challenges and failings in the stories. Ultimately, there is no perfect formula for this, as the end is inevitable. But the journey can be managed through knowledge, honesty and acceptance. And grief can be eased through those as well.

And it’s worth reading the Tolstoy story that is referenced in the introduction. 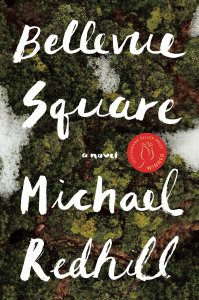 A gift from my sister for Christmas, I had not heard about this one before. The first third of the book was confusing and a bit off-putting (I confess I did not grow to like the main character much), but became suddenly intriguing and a page-turner from then on. I did find the ending a bit quick and incomplete, but overall the story is interesting and well presented. Set in Toronto, I’m sure Torontonians will find the local flavour very interesting.

The main story is about a doppelgänger – a woman is told that people in her neighbourhood have seen her double, and so she sets out to find her. Along the way there are murder mysteries and strange medical conditions. The use of first-person perspective is oddly strange in a story about doubles, and makes the narrator unreliable – how can we rely on her twisted perspective?

I also found it disconcerting that one of the double characters was named for the author’s own pseudonym (he writes mystery novels under a different name). Regardless, I found the characters well-structured and the story compelling, and ultimately this made for a good read. 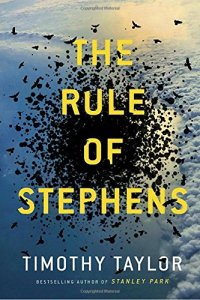 Turns out, I have read everything fiction-wise that Timothy Taylor has published, plus most of his non-fiction. All have been excellent, and this was no exception. I was thrilled when I learned that he had a new book this year, and even more thrilled when I was able to get it for my vacation reading pile.

Strangely, a theme is emerging in my reading – doppelgängers (apparently, this is a recent trend in Canadian fiction – who knew?). This story is about doubles, but with a more sinister and supernatural bent. The title refers to a philosophy espoused by the main character, Catherine. It refers the competing views of the universe of two Stephens – Hawking and King – and holds that the universe complies with the laws of physics or the laws of the paranormal, but not both at the same time. (I found this premise a bit tenuous, as the character only refers to it a few times directly, and it was more of a distraction than a thread in the story.)

The central plot – the development of a diagnostic appliance for consumer medical monitoring – was very interesting to me, and not far removed from my own real world (likely there are companies out there doing those very things right now). Taylor presents Catherine’s struggles with the demons of her mind and the business world very well, appropriately touching but not dwelling on the issues of women in the tech world.

The ultimate resolution is well done, and keeps its feet firmly in the Hawking world, while giving fair consideration to King’s. It was also delightful to follow the characters through Vancouver, and to recognize the locations and locales. Taylor’s foodie background comes through with the descriptions of meals and menus that ultimately reflect the characters and situations appropriately.

I was able to read this book in one day, but only because I am on vacation. In real life, it would have taken several days I’m sure, but it was a true page-turner. It would also make a terrific movie. 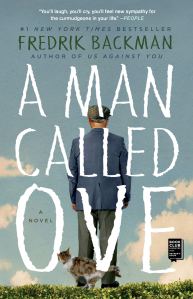 A light little book, I found this hard to stick with as the plot was fairly obvious and the characters a bit caricature-ish. It is a nice story, just not great. 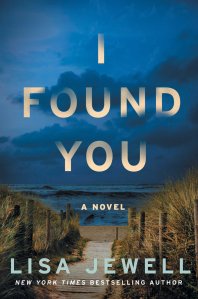 This is not a book I would have picked for myself, but I did enjoy it so am glad I received it as a gift. No doppelgängers this time, but some dual identities so still somewhat on theme.

The story is gripping, with multiple overlapping perspectives and timelines presented well; the chapters are very short, but the story remains coherent throughout. I have to quibble with the climax – given everything we learn about the characters, some of their actions as the story resolves are inconsistent bordering on unbelievable. Also, the characters are somewhat simple, bordering on stereotypical in at least one case, and so overall the book had a grocery-aisle-fiction feel (a less glamorous Danielle Steele). A good holiday read.

Sidebar comment: comparing three of the books read on the vacation, the female characters created and written by the male authors were considerably more believable, complex and sympathetic than the ones in this book with a female author. With the exception of a minor later character, Jewell’s females are simple (as in not smart) and nearly one-dimensional, dependant on their male counterparts for any complexity.